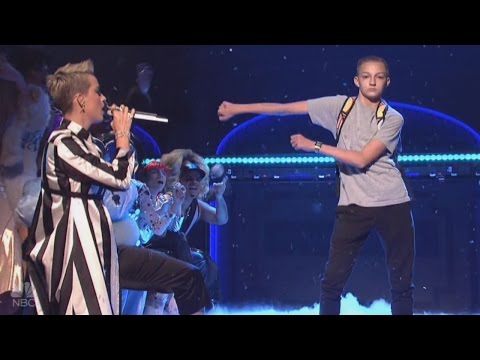 During this weekend’s star-studded ‚SNL,‘ one unknown teenager wearing a backpack stole the show. During Katy Perry’s performance of her new song ‚Swish Swish,‘ 15-year-old Russell Horning became a social media sensation as his dancing skills were given center stage. „It was really nerve-wracking because half of the country was watching me,“ he told Inside Edition. „You can’t mess up on live TV.“ Horning was contacted by Perry earlier in the week after his Instagram page was recommended to her.